New Faces on the Hilltop

9/15/2022
The seasons are changing, students have returned to campus, and here to welcome and guide them are several new full-time faculty members.
This year, Kimball Union’s instructors, coaches, and mentors come from across the globe to create one of our most robust cohorts to date. We look forward to sharing more stories about them throughout the year and invite you to join us in welcoming them to the KUA community. 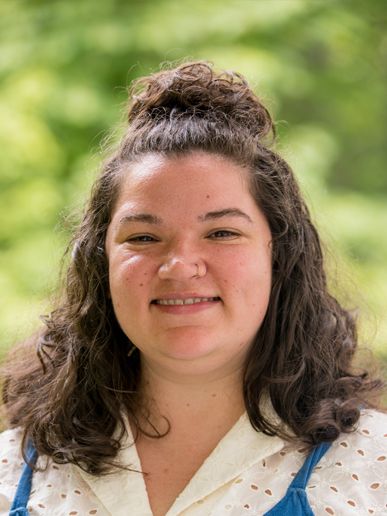 Riley Adams
Riley, visual art teacher, earned her BA in visual art with a focus on new media and sculpture from SUNY Fredonia and went on to receive her MAT for teaching art from the Memphis College of Art. She has taught for the last eight years in Memphis, most recently at the Memphis Rise Academy High School, an area Charter school where she created the original visual arts curriculum for the school. She has taught all visual art classes from the introductory level through the AP level. She is excited to come to New Hampshire to be closer to her mother who lives nearby in Vermont. She lives in Jones Cottage with her cat and dog, Doug. 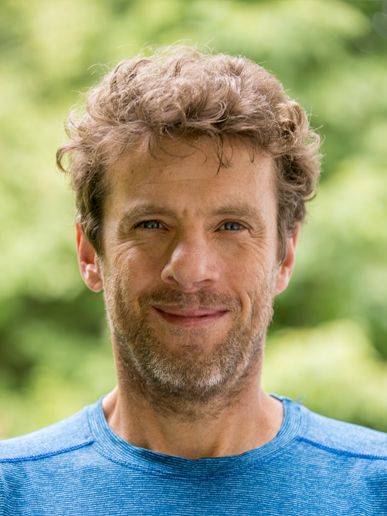 Peter Alden
Peter arrives on the Hilltop as a chemistry teacher. Originally from Fairbanks, Alaska, he graduated from the University of Alaska with a B.S. in biology. He worked as a research assistant on several projects on the north slope of Alaska before returning to school for his teaching degree. He subsequently taught for 22 years at international schools in Taiwan, China, Korea, and in remote parts of Alaska. While living in China, he earned his M.S. in biology from the University of Nebraska studying an invasive plant species in the Xingshuangbanna Dai Autonomous Prefecture. He was a competitive Nordic skier for many years and coached runners and skiers at all levels. He is married to a Canadian, Tessa Alden, and has two young children, Asher and Kari. Peter and his family also have a 16-year-old rescue dog named Lucy. 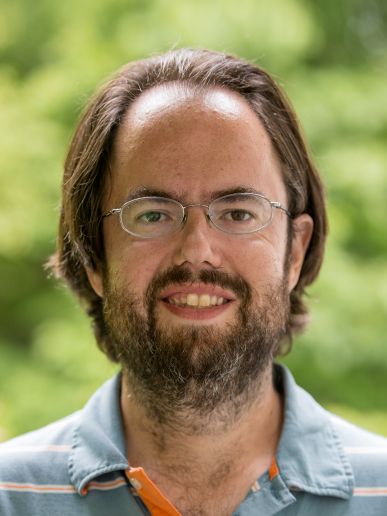 Sean Burns
Sean, vocal music teacher and music director, holds more than two decades of experience teaching music and performing in California and Washington State. He holds a bachelor’s degree in piano performance and a master’s degree in choral conducting. Since completing his degrees, he has directed church music, conducted private voice and piano lessons, and taught in classroom settings, including five years at The Webb Schools in Southern California. Sean has a diverse interest in music from many different styles. He is passionate about helping students find their artistic voices. At KUA, he teaches Concordians, Selects, AP music theory, and class piano, among other classes. In his spare time, he enjoys traveling to national parks, cooking, visiting family and friends, playing chess, and spending time with his wife and daughter. 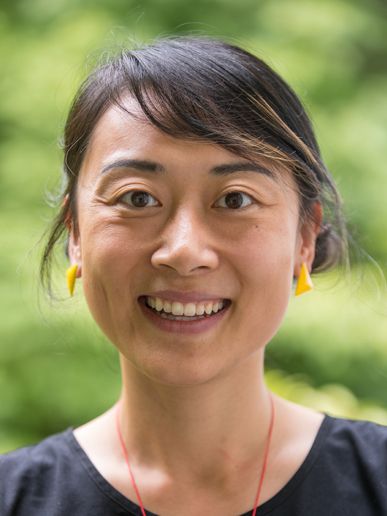 Yabei Chen
Yabei, dance teacher, received her BA in dance from Bucknell University and went on to earn her MAT in dance education from the University of Northern Colorado. She began her career teaching dance at Northfield Mount Hermon prior to teaching abroad for the past nine years in both Europe and Asia. She most recently taught dance at Western Academy of Beijing. Yabei will be presenting on dance and culture at the National Dance Education Organization national conference this fall. Yabei has returned to the States with her husband Logan and they are excited to be closer to family. They live in Richards with their one-year-old son, Linli. Along with serving as a House Head in Richards, Yabei is advising and running dance activity in the afternoons. 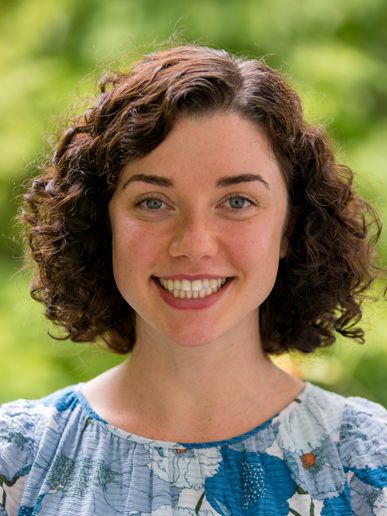 Olivia Eggstein
Olivia joins KUA as associate director of admission. Olivia spent the last four years at Chatham Hall, where she served as an admission officer, coach, dorm parent, advisor, class sponsor, and summer program manager. She is a graduate of The Frederick Gunn School and attended Washington College where she majored in behavioral neuroscience and minored in business management. Olivia also holds a M.Ed. in Higher Education Leadership from Endicott College. Olivia will work with KUA's Orange Key tour guide program. She lives Dexter-Richards with her husband, Chris, a middle school history teacher. 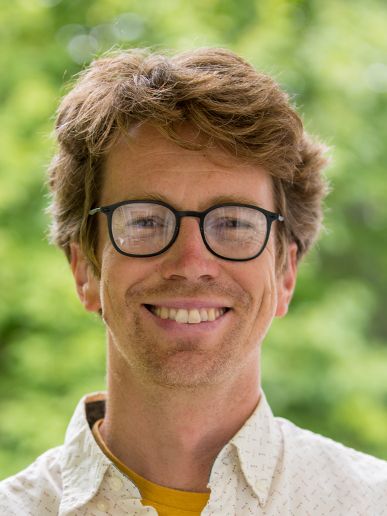 Noah Harrell
Noah, director of theatre and theatre teacher, is originally from Southeastern North Carolina. He studied theater at Trinity College and received his MFA from the Savannah College of Art and Design in Georgia. He has been an active member of the Bread & Puppet Theater of Vermont since 2007 and toured full time with the company in 2008 and 2009. In 2012 he and his brother Gabriel co-founded the Rural Academy Theater, a horse-pulled theatrical company based in North Carolina. He has worked as performer, stage manager, teacher, director, builder, and puppeteer both in the U.S. and abroad. In 2013 and 2014 he worked in Chihuahua, Mexico with the indigenous farmers’ theater El Teatro Indigena de la Sierra Tarahumara promoting farmers’ rights and seed sovereignty. Noah relishes any time spent on the water; enjoys kites, frisbees, and other things that fly; and loves cooking for family and friends. 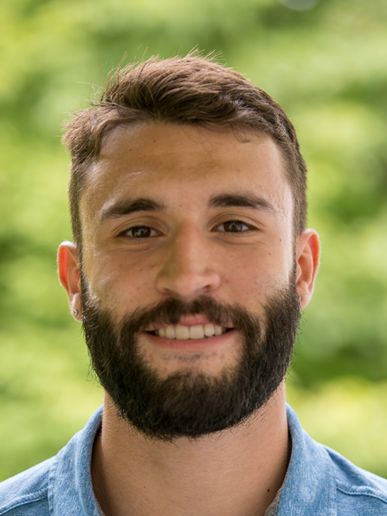 Jonathan Knee
Jonny joins us as a full-time learning center instructor and two-season coach. Jonny attended Macalester College, where he graduated with a bachelor's in psychology and a minor in education. During his time at Macalester, he worked in several educational settings and played wide receiver for the Macalester football team all four years. After Macalester, he worked for two years as an education assistant at a charter school in Minnetonka. He is pursuing his Master of Education at Merrimack College. 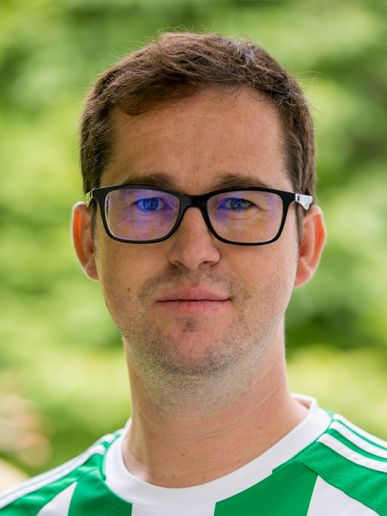 Abraham Leach
Abraham Leach joins us as a new Spanish teacher from the Stevenson School in Southern California. He comes to the Hilltop with his wife, Maria Alvarez Utrera, along with their children, Joaquin and Amaia. Abraham’s love of Spanish started early as he grew up in a bilingual community in Santa Cruz, California. His passion led him to study Spanish linguistics at Arizona State University, and to experience the language and culture firsthand by living in Spain and Puerto Rico for several years. He has travelled extensively through Latin America. He completed a master’s degree in Teaching Foreign Language at the Middlebury Institute of International Studies. He spent a year teaching at a bilingual school and language academy in Spain, and taught Spanish at Oakwood School. Aside from teaching, Abraham has coached soccer and enjoys cycling, exploring the ocean, and hiking. 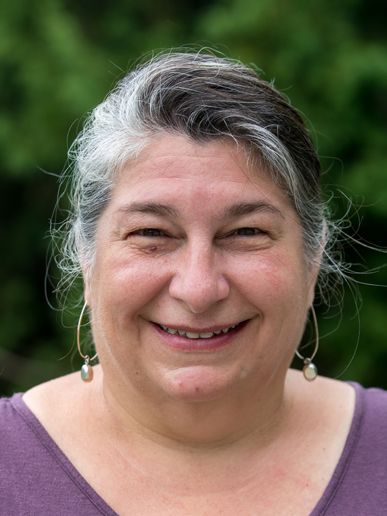 Melissa Longacre ’89
Melissa Longacre ’89 joins KUA as student life administrative assistant. Melissa settled in the Upper Valley after receiving a degree in business management from Gettysburg College. She served as the director of visitor services at the Montshire Museum before joining her family’s business at Longacres’ Nursery Center as buyer and assistant manager. After more than 30 years in retail she decided to change directions and has returned to her alma mater. 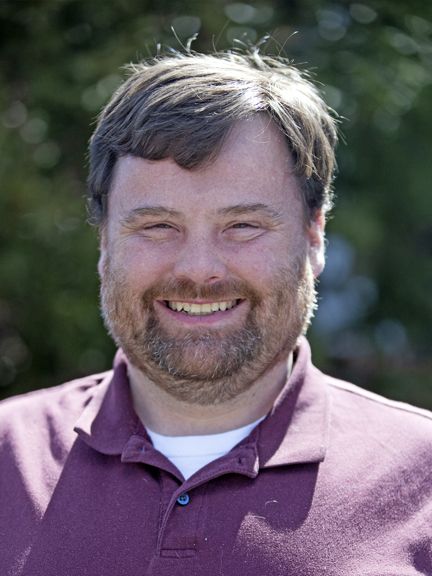 Craig Mathers
Craig, mathematics and science teacher, earned his MEd from Penn State University and has taught at Carson-Long Military School, the Calverton School, and most recently at Newport High School. After working for KUA part-time last year, Craig has joined the faculty full-time this year to teach chemistry and physics. Craig lives in Kurth Dorm with his wife, Jesse, and their family. He will work in our residential program, supervise the Maker Space some evenings, and will also coach tennis and recreational skiing this year. 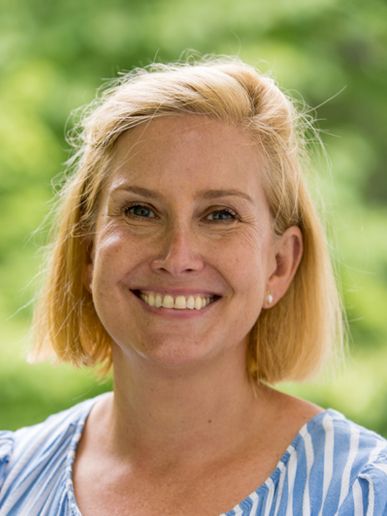 Cricken Mikheev
Cricket is a new learning specialist in the Gosselin Center for Teaching and Learning. She joins us from the Maple Street School where she was Head of School. She is living on campus in Brooks Cottage. She has four children, Lydia, Eliza, Isabel, and Clem. 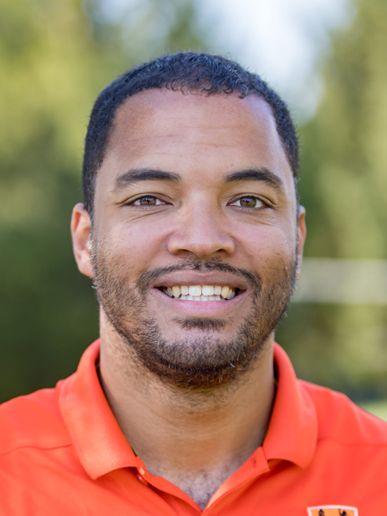 Victor Mojica
Victor joins the KUA faculty full-time as a member of our Athletic Department, and will served as a coach, advisor, and dorm parent this year. He has served KUA as a fitness and conditioning coach, basketball coach, and dorm parent. Victor, who has an A.S. in computer engineering, most recently worked as a paraprofessional educator in Lawrence, MA. He lives in Dexter dorm with his partner, Angelica Pascual, and their daughter, Nova. 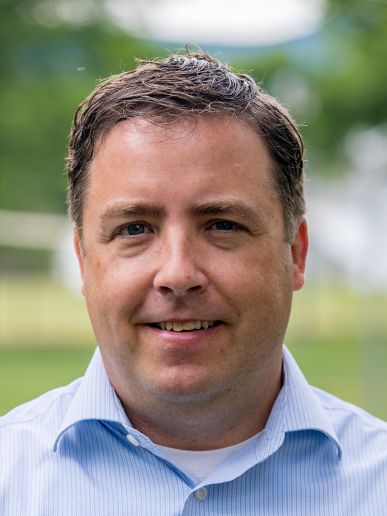 Gerard Murphy
Chief Financial Officer Gerard Murphy comes to KUA after more than 20 years in government finance in New Hampshire, Massachusetts, and New York. His career stops have included stints as N.H. State comptroller, budget director for Governor Maggie Hassan, director of finance for the N.H. Retirement System, and treasurer of the Martha’s Vineyard, Nantucket, & Woods Hole Steamship Authority, among others. He is a graduate of Bates College and Baruch College at the City University of New York. He lives in Hopkinton, NH with his wife Sundra and their two sons, Colton and Finan. They all enjoy spending time outside, reading, playing (kids) and watching (parents) sports, and Sunday dinner with family. 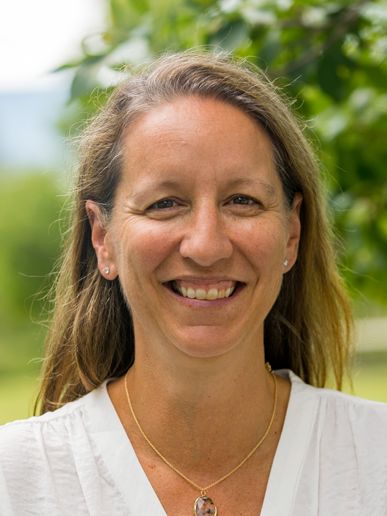 Lesley Nesbitt
Lesley, director of enrollment management, comes from the Tuck School of Business at Dartmouth College. She previously worked at Gould Academy, Carroll School, and The Winchendon School as an admissions officer and director, dorm head, varsity coach, student advisor, and teacher. She lives in Grantham, NH with her husband, two sons Hunter and Barrett, and terrier rescue pup named Addie, and they all love to get outside as much as possible hiking, skiing, running, kayaking, or whatever other fun they can dream up. 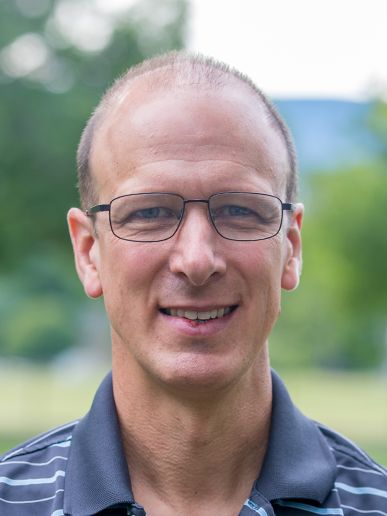 Scott Roy
Scott comes to KUA as the director of sports medicine. He previously served as director of sports medicine at Dartmouth College, where he provided care for Dartmouth’s sports programs and took on a wide variety of administrative roles. He also spent eight years as the head athletic trainer and clinical associate professor at Colby-Sawyer College. Early in his career, Scott had short stays at Massachusetts Institute of Technology and at UMass-Amherst. He completed his undergraduate degree at Springfield College where he majored in athletic training and physical education and was a member of the basketball team. He holds a Master of Science in exercise science at UMass. Professionally, Scott has a wide range of interests in the field of sports medicine to include running biomechanics, concussion management, disordered eating in athletes, and pain science. He lives in Grantham with his wife Amy and daughter Alecia. 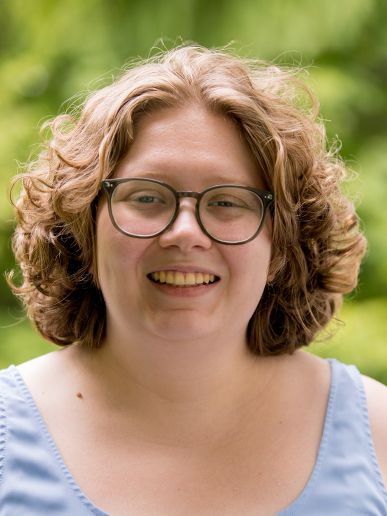 Katarina Ruda
Katarina, a recent graduate of Harvard University, joins KUA as a mathematics teacher. She spent the last three years of her undergraduate experience as a course assistant in the Harvard Mathematics Department, teaching calculus, and linear algebra. Outside of the classroom, she helps coach soccer, enjoys reading, and cares for her many plants in her free time. 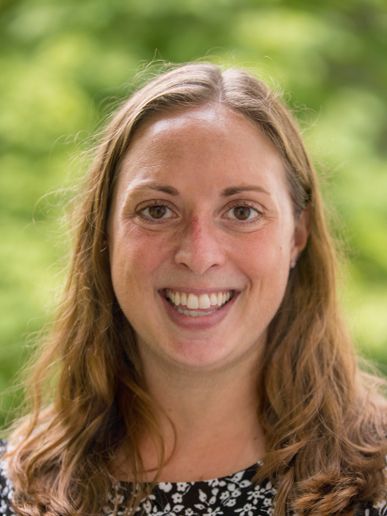 Carlie Wetzel
Carlie comes to KUA as an English teacher. She earned a BA in English at Colgate University, and a PhD in English literature at the University of North Carolina at Chapel Hill. While at UNC-CH, Carlie taught courses on rhetoric and composition, business writing, and poetry. Carlie also coaches tennis and serves as a dorm parent. In addition to teaching and coaching, she loves to run, play tennis, and bake treats for her friends and family. 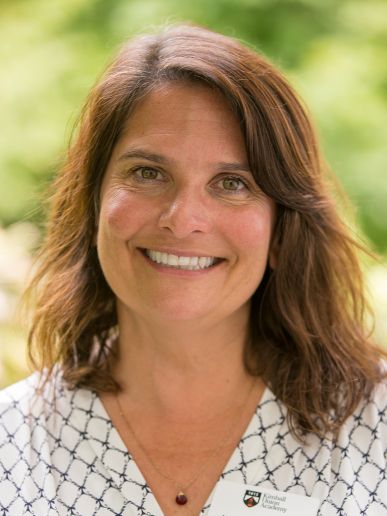 Michele Winham
Michele joins KUA as the ninth-grade dean and ILT teacher. Michele joined the KUA community after she and her family moved to Meriden from Hawaii, where she taught for 20 years at an independent day school. There, Michele served as history department chair, designed the curriculum, oversaw teacher evaluations, monitored student progress to ensure all were supported academically and emotionally, and created a capstone project. She also served as student council advisor and strived to create an atmosphere of inclusion and belonging through educational and social programs that fostered a sense of community. She lives on campus with her husband, two children, her cat Caramel, and dog Kona. 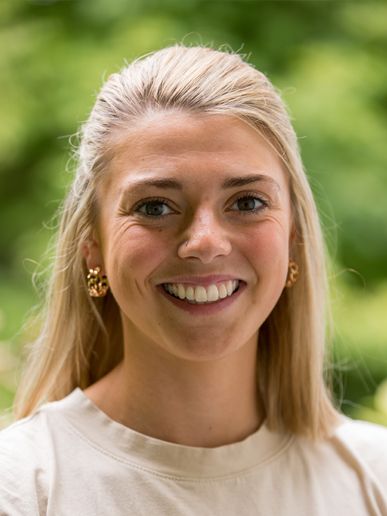 Carly Young
Carly Young is our newest member of Advancement serving as the assistant director of development – student and young alumni philanthropy. She is also the head girls’ varsity lacrosse coach. She is a recent graduate of Iona University where she played lacrosse. Carly lives nearby in Plainfield with her family.
Back